Vanessa Beeley presents a condensed overview of the evidence for the White Helmets being a creation of Western governments embedded with terrorist factions inside Syria. Show this to anyone who still can’t believe our leaders would be cynical and psychopathic enough to nominate mercenaries, fakers and mass-murderers for a Nobel prize, or that our media would be craven enough to let this grotesque lie go unquestioned

Following are two letters sent to the Guardian by the Working Group on Syria, Propaganda and Media in response to an article titled How Syria’s White Helmets became victims of an online propaganda machine which appeared on December 18. The article claims the White Helmets have become victims of ‘Russian propaganda’. The letters express concern over the factual accuracy of the article and deplore the refusal of right of reply to those attacked in the piece. The letters were sent on December 23 and January 5 respectively. As of Jan 13 no reply has been received to either. Originally at Tim Hayward’s blog.

From the Working Group on Syria, Propaganda and Media:

The recent Guardian article by Olivia Solon attacks those investigating and questioning the role of the White Helmets in Syria and attributes all such questioning to Russian propaganda, conspiracy theorizing…

The original English language version of the 2016 documentary Ukraine on Fire, covering the 2014 coup d’etat, which was all but denied exposure on its release, is now available for viewing in some regions. For those who still can’t access it, there is currently a version on Youtube which you can watch below, but we encourage everyone who can do so to purchase a legitimate copy in support of the filmmakers

A confidential document found on Anthony Weiner’s laptop reveals that the United States Embassy in Stockholm, Sweden expressed concerns in 2010 that WikiLeaks would release classified US documents related to Sweden ahead of the September 19 Swedish election, tipping the vote towards the Pirate Party. The subject of the cable reads “Wikileaks: The Pirate Party’s White Horse Into Sweden’s Parliament?”

On June 29, 2010 a US diplomat met with three members of the Pirate Party – which is described in the cable as a “mixture between communism and libertarianism,” yet whose members are “well-salaried professionals, independent from the party for income.” Two of the “pirates,” according to the report, were active in the “youth branch of the conservative party currently leading government.”

The Embassy cable notes the “grim electoral outlook for Pirates”…

Most of our readers are now more than familiar with the bizarre events surrounding the BBC Panorama program Saving Syria’s Children. We’ve already returned to this story several times. The possibility that this program presented faked footage of a non-existent chemical attack by government troops on a school in Syria has been meticulously documented by independent researcher Robert Stuart over several years. 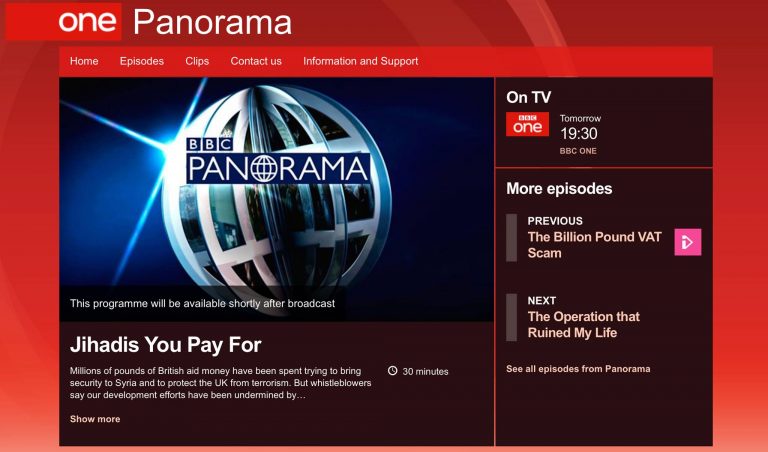 The BBC will be carrying out a controlled journalistic “explosion” on their Panorama programme, airing tonight in the UK. Their report, dramatically titled, “Jihadis You Pay For” is about to expose UK Foreign and Commonwealth Office (FCO) for the funding of extremist and terrorist groups in Syria via their “Free Syrian Police” project set-up in ‘rebel-held’ areas of Syria since 2014.

To referee this virtual clash of the titans, The Guardian has been drafted-in to do the honours.

The report, Jihadis You Pay For, will claim that Foreign Office money paid to the FSP reached people with links to the extremist group al-Nusra Front. The Guardian

Is the Guardian’s Daniel Boffey attempting to whitewash the massive scandals of FCO and BBC funding and working with extremist groups in Syria? Why did he not ask Vanessa Beeley or 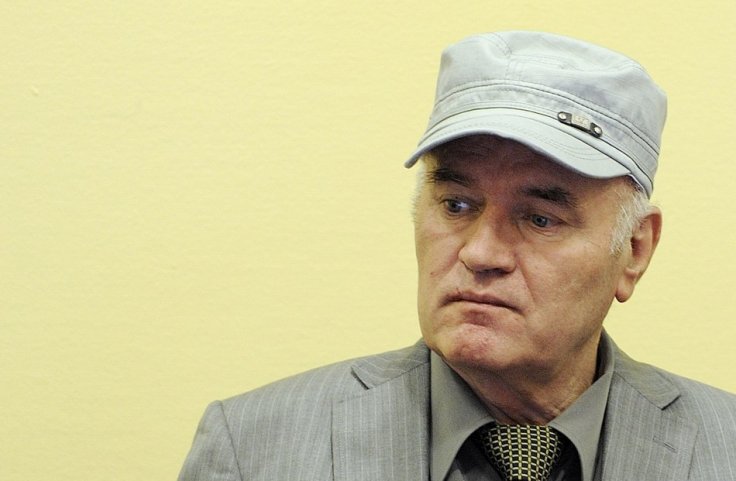 Christopher Black, international criminal lawyer, examines the legal procedures at the trial of general Mladic, and finds them inadequate. First published at NEO

All that is a lie. This is a NATO-style trial.

The defiant words of General Mladic to the judges of the NATO controlled ad hoc war crimes tribunal for Yugoslavia rang out loud and clear the day they pretended to convict him. He could have added ‘but history will absolve me” and a lot more but he was thrown out of the room by the chief judge, Orie, in his condescending style, as if he was dealing to a truant schoolboy, instead of a man falsely accused of crimes he did not commit.

We have again to state that the guilty verdict, delivered by the International Criminal Tribunal for the former Yugoslavia…

On 23 June 2017 in the Parliament Square of Vilnius, capital of Lithuania, an official celebration of the uprising of 23 June 1943 against Soviet rule took place. The event was orchestrated mainly by veterans of the Lithuanian Freedom Fighters Association, a far-right militia group. During these celebrations an exhibit of more than 12 posters were hung which presented the anti-Soviet insurrection one that “drove terror into the Bolshevik occupying army and the lackeys of the occupation forces.”

Some historical context is needed here.

In June 1941, Hitler had launched a surprise attack on the Soviet Union, overrunning the Baltics in a few weeks. As documented by eyewitness testimony, photographs, and Nazi records, the Christian majority welcomed the Germans as liberators and right-wing paramilitary groups began massacring their Jewish neighbours before German rule had even…

In the early 20th century, the world’s dominant superpower looked warily on the rise of a competitor to its supremacy. The machinations of the British to contain the rise of Germany led inexorably to the First World War. Once again in the early 21st century, the world’s dominant superpower is looking warily on the rise of a competitor. Will the American Empire’s machinations to contain the rise of China lead to the Third World War? Or is the American/Chinese conflict another engineered conflict for the benefit of the few at the expense of the many? Join James Corbett as he presents “Echoes of World War I” to the Open Mind Conference in Copenhagen, Denmark.

Sources and show-notes can be found here.

by Ricardo Vaz, from InvestigAction

Cover photo: President Maduro lauded the election victory as a message against imperialism (photo by AVN)

As the President of the Venezuelan Electoral Commission (CNE) read the results from the regional elections that took place on Sunday, October 15, one could feel the agony in the editorial rooms of mainstream media outlets. Chavismo had just won 18 out of 23 [1] governorships, a result that, according to them, could not have happened. International observers praised the electoral process and opposition claims of fraud, while uncritically echoed by the media, do not have a leg to stand on.

The United Socialist Party of Venezuela (PSUV) had a tremendous victory in these elections. Among the three quarters of the governorships secured, some were quite significant. Hector Rodríguez, a young and charismatic chavista leader, won the governorship of Miranda state back from the…