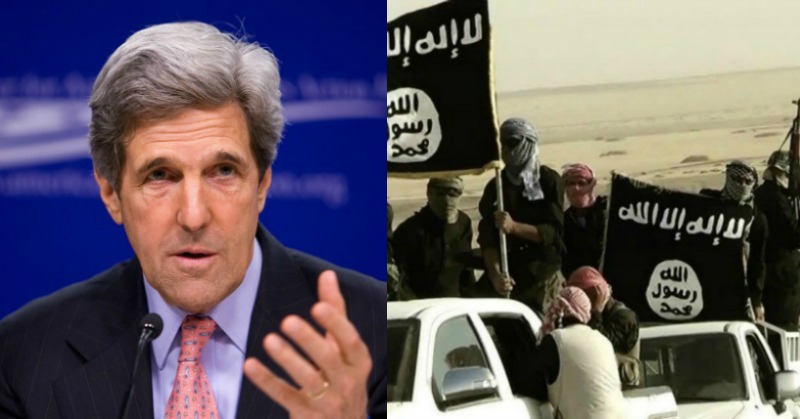 On Wednesday, Wikileaks released new evidence of US President-elect Donald Trump’s assertion that Barack Obama was the founder of ISIS – a leaked audio of US Secretary of State John Kerry’s meeting with members of the Syrian opposition at the Dutch Mission of the UN on September 22. The audio also is an evidence of the fact that mainstream media colluded with the Obama’s administration in order to push the narrative for regime change in Syria, hiding the truth about arming and funding ISIS by the US, as it exposed a 35 minute conversation that was omitted by CNN.

Kerry admits that the primary goal of the Obama’s administration in Syria was regime change and the removal of Syrian President Bahar al-Assad, as well as that Washington didn’t calculate that Assad would turn to Russia for help.

In order to achieve this goal, the White…